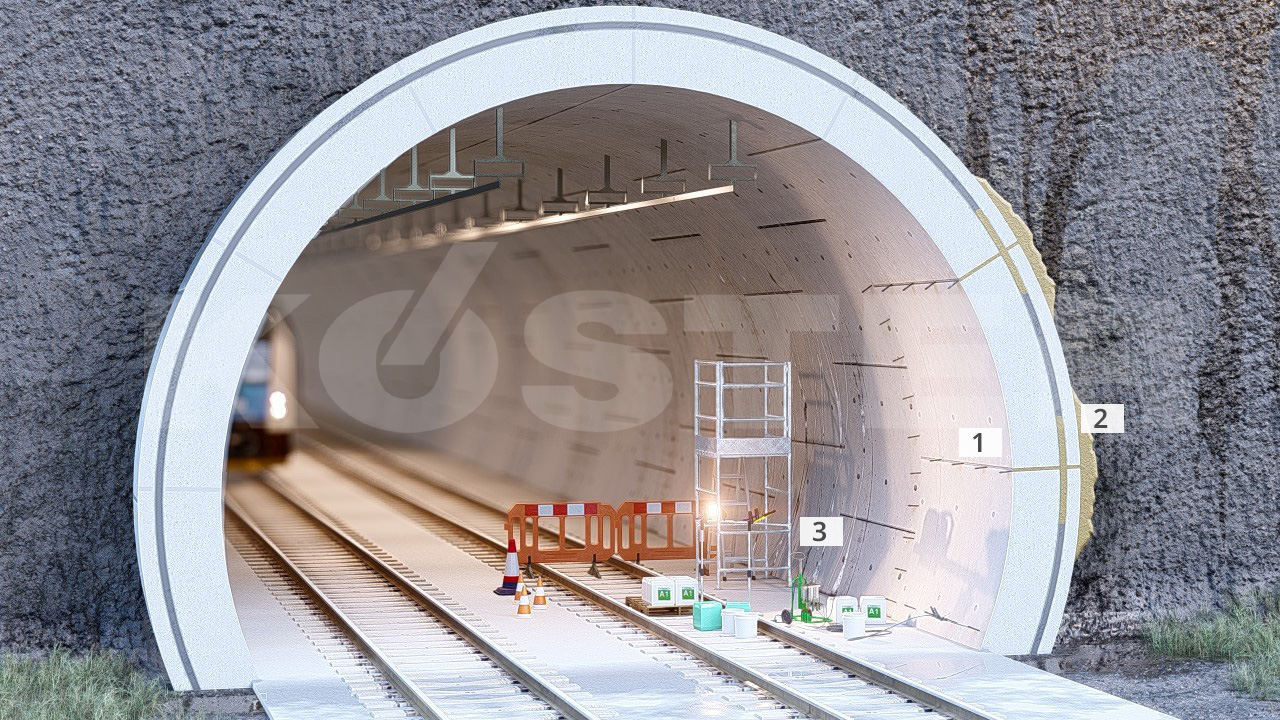 Tunnels consisting of tubbing elements which are built with a tunneling shield or Tunnel Boring Machine (TBM), represent the most advanced method used in tunnel construction. However, despite heavy reinforcement, cracks can appear on the concrete surface due to high pressure from hydraulic stresses on the tubbing elements. In order to prevent moisture damage due to water penetration and subsequent corrosion of the reinforcement, these cracks are sealed with standardized injection methods. Since the cracks can be assumed to be static, crack-bridging as well as structural rebonding products are suitable.

Another common problem in tunnel construction is the partial failure of the outer seal and consequent leakage through the tubbing element joints. Very often curtain injection behind the tubbing element is the chosen method of repair. In order to protect the integrity of the concrete elements, special injection needles are placed through the joints, and the acrylic gel KÖSTER Injection Gel G4 is injected. The injection material solidifies the adjacent layers of earth and waterproofs the building component from the backside. Voids between the soil and the tubbing elements are also filled with the waterproofing gel and the outer seal is therefore restored.